Side vi - ... Another event at Elsterhorst had a marked effect on me. The Germans dumped a young Soviet prisoner in my ward late one night. The ward was full, so I put him in my room as he was moribund and screaming and I did not want to wake the ward. I examined him. He had obvious gross bilateral cavitation and a severe pleural rub. I thought the latter was the cause of the pain and the screaming. I had no morphia, just aspirin, which had no effect. I felt desperate. I knew very little Russian then and there...
Findes i 6 břger fra 1993-2007 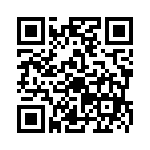