Side 118
а called rich , who have not more than they want ; ' there are few rich men , in any of the politer nations , but among the middle sort of people , who keep their wishes within their fortunes , and have more wealth than they know how to ...
Side 367
Being asked his name , he said the world called him Mercator : 1 but as for his true name , his age , his lineage , his religion , his place of abode , they were particulars , which , for certain reasons , he was obliged to conceal .
Side 368
He called himself Don Assiento , and mentioned several nations that had sought his friendship ; but declared that he had been gained over by the Count : and that he was come into these parts to enrich every one that heard him . 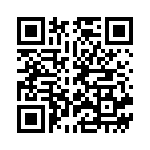