When Sky was asked what inspired her ideas she is quoted as saying, " I started posting my questions and views on Myspace on various topics, soon my popularity started to grow as I entreated people to think outside the norm. It became obvious to me that people actually hungered for what I wrote because it made them stop and think. " The book will be the first in a series of philosophy books. The famous philosopher Socrates said, "Know thyself", Sky pushes people beyond this philosophy to not only know themselves but the world around them as well. 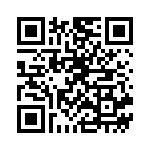