Ian Brown is Emeritus Professor in Drama at Kingston University and Honorary Senior Research Fellow in Scottish Literature at Glasgow University. He is the General Editor of The Edinburgh History of Scottish Literature (EUP: 2007) and widely published on aspects of theatre and literature. He is also a playwright and poet.

Thomas Clancy is Lecturer in the Department of Celtic at the University of Glasgow.

The late Susan Manning was Grierson Professor of English Literature, and Director of the Institute for Advanced Studies in the Humanities at the University of Edinburgh.

Murray Pittock is Bradley Professor at the University of Glasgow, Pro Vice-Principal and Honorary Scottish History Adviser to the National Trust for Scotland. He is a Fellow of the Royal Society of Edinburgh, the Royal Historical Society and the English Association and a prize lecturer of both the RSE and the British Academy.He has held senior appointments at the universities of Strathclyde, Edinburgh and Manchester, and visiting appointments in history and literature globally at universities including Yale, Trinity College, Dublin, New York University and Charles University, Prague. Recent publications include The Scots Musical Museum (2 vols, 2018); Culloden (2016) and Material Culture and Sedition (2013). His current projects include The Collected Works of Allan Ramsay (funded by the AHRC, 2018-23), The Scottish Heritage Partnership (on VR and Immersive design and procurement, funded by EPSRC-AHRC) and Robert Burns and the Scottish Economy (funded by Scottish Government). 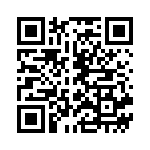