Great introduction to studying the Bible without a guidebook. I highly recommend it to even busy, working mothers as well as to us older folks who have more time. The techniques she introduces (like ... Lćs hele anmeldelsen

Lisa Whelchel, best known for her long standing role as "Blair" in the television series, The Facts of Life, is a wife and a home schooling mother of three children. She has appeared in several feature films and is an author, vocalist, Grammy nominated songwriter, and an inspirational speaker at churches and conferences nationwide. 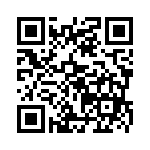