Donald L. Parman is a professor of history emeritus at Purdue University. He has edited Window to a Changed World: The Personal Memoirs of William Graham and authored Indians and the American West in the Twentieth Century and The Navajos and the New Deal. 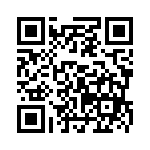