Side 20
things with care and have reached what we believe is an impartial judgment not
likely to be distorted by an excessive attention to ... The process of mutual
adjustment of principles and considered judgments is not peculiar to moral
philosophy.
Side 38
Nevertheless such an intuitionist conception, if it were to fit our considered
judgments on reflection, would be by no means without importance. At least it
would single out the criteria which are significant, the apparent axes, so to speak,
of our ...
Side 47
So far, though, I have not said anything about considered judgments. Now, as
already suggested, they enter as those judgments in which our moral capacities
are most likely to be displayed without distortion. Thus in deciding which of our ...
Side 48
The person making the judgment is presumed, then, to have the ability, the
opportunity, and the desire to reach a correct decision (or at least, not the desire
... They are, in fact, similar to those that single out considered judgments of any
kind.
Side 580
Du har nĺet visningsgrćnsen for denne bog. 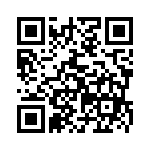