Side 334
The retort was charged with four important considerations . It may be pounds of coal . The quantity of gas urged in its favour , that the light is amounted , after having passed the pu- more equable , beautiful , and agreeable rifiers ...
Side 482
Of this number four have died , whether , under a different mode of treat- three of whom , as before mentioned , ment , this unhappy number might have were in such a state of bodily disease , been diminished .
Side 583
At twelve the same day who represented to him , in the most vio- the wind freshened , and the flotilla , at lent terms , that his detention was unjust , four o'clock , was off the headland of and might cause a war between Elba Leghorn . 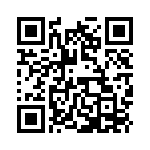