Side 217 - But who knows nothing, is once seen to smile; Where sighs and groans and shrieks that rend the air, Are made, not mark'd; where violent sorrow seems A modern ecstasy: the dead man's knell Is there scarce ask'd for who; and good men's lives Expire before the flowers in their caps, Dying or ere they sicken.
Findes i 379 břger fra 1745-2008
Side 237 - Immediately the mountains huge appear Emergent, and their broad bare backs upheave Into the clouds; their tops ascend the sky: So high as...
Findes i 200 břger fra 1710-2007
Mere
Side 239 - Merion's faithful Care. With proper Instruments they take the Road, Axes to cut, and Ropes to sling the Load. First march the heavy Mules, securely slow, O'er Hills, o'er Dales, o'er Crags, o'er Rocks, they go : Jumping high o'er the Shrubs of the rough Ground, Rattle the clatt'ring Cars, and the shockt Axles bound.
Findes i 62 břger fra 1721-2002
Side 247 - Why comes not Death, Said hee, with one thrice acceptable stroke To end me? Shall Truth fail to keep her word, Justice Divine not hast'n to be just? But Death comes not at call, Justice Divine Mends not her slowest pace for prayers or cries. O Woods, O Fountains, Hillocks, Dales and Bowrs, With other echo late I taught your Shades To answer, and resound farr other Song.
Findes i 46 břger fra 1760-2003
Side 259 - Addifon hath commended a Paflage of Milton \ And had Earth been then, All Earth had to her Center fhook. Yet it feems that it may be doubted, whether the Poet, after reprefenting all Heaven refounding with the Tumult of the Angels engaged in Battle, hath not gone out of his Way, to add an Image that weakens the foregoing. THE...
Findes i 10 břger fra 1750-1969
Side 263 - Warriors, the flower of heav'n, once yours, now lost, If such astonishment as this can seize Eternal spirits; or have ye chos'n this place After the toil of battle to repose Your wearied virtue, for the ease you find To slumber here, as in the vales of heav'n? Or in this abject posture have ye sworn To adore the conqueror?
Findes i 46 břger fra 1746-2003
Side 238 - Th' infernal doors, and on their hinges grate Harsh thunder, that the lowest bottom shook Of Erebus.
Findes i 187 břger fra 1714-2007
Side 264 - As the poets," says DR. LAWSON, " abound most in figures, it might be fit that all who mean to excel in eloquence should, at least in their youth, be conversant with their writings.
Findes i 9 břger fra 1759-1969
Side 79 - Compting-houfe employ'd the Sunday morn : Seldom at Church ('twas fuch a bufy life) But duly fent his family and wife. There (fo the Devil ordain'd) one Chriftmas-tide My good old Lady catch'da cold and dy'd. A Nymph of Quality admires our Knight, He marries, bows at Court, and grows polite : Leaves the dull Cits, and joins (to pleafe the Fair) The well-bred cuckolds in St. James's air: In...
Findes i 9 břger fra 1745-1969
Side 168 - You cannot be much affected by what he [the speaker] says, if you do not look upon him to be a Man of Probity, who is in earnest, and doth himself believe what he endeavoreth to make out as credible to you.
Findes i 8 břger fra 1759-1972
Mindre

John Lawson, explorer, surveyor, and naturalist, was from the Yorkshire region of England. He arrived in the Carolinas in 1700 and soon after began the first of a series of travels in the region. Eventually, he took up residence in present-day Bath, North Carolina, and in 1708 became the official surveyor for the Lords Proprietors of Carolina. In the late summer of 1711, on another trip to explore the interior of the region, Lawson was captured and put to death by Tuscarora Indians. 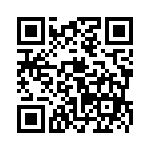