Dr Iain Stewart is an honorary research fellow at Glasgow University's centre for geoscience. He is one of the presenters for the BBC series Rough Science and can also be seen presenting Horizon. He lives with his family in Glasgow. 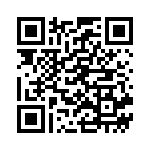