Being more than a casual coffee drinker, I’ve read a lot on the subject over the years and while I know that what I know is more than the average person, it is still quite limited. This book confirmed ... Lćs hele anmeldelsen

If you think coffee is absolutely the most important thing in the world, this book is for you! If not, I still recommend it but you might need to put it down once in a while and roll your eyes just ... Lćs hele anmeldelsen

JAMES FREEMAN is the founder and owner of Blue Bottle Coffee Company. More than a decade after starting out in a tiny converted potting shed in Oakland, Blue Bottle is now the country’s leading artisan roaster, with six cafés in the San Francisco Bay Area, roasteries on both coasts, and a presence on the High Line and in Rockefeller Center and Chelsea in Manhattan. In addition to its cafés, Blue Bottle is served in fine restaurants nationwide, including Chez Panisse, Gramercy Tavern, Coi, and others, and regularly garners national media attention. See www.bluebottlecoffee.com for more.

CAITLIN FREEMAN is the resident pastry chef for Blue Bottle Coffee Company and was a longtime owner of the San Francisco cake and sweets shop, Miette. James and Caitlin Freeman live in San Francisco, CA.

CLAY MCLACHLAN is an award-winning photographer specializing in food, wine, and travel. His work has been featured in numerous cookbooks, including Cooking with Chocolate, which garnered a World Cookbook Award. He divides his time between San Francisco and Italy. 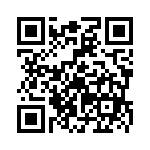