Diane Richardson is well established as an international and national authority in the area of the sociology of sexuality, with many related publications. In particular, she has made a significant contribution to three different areas of this body of knowledge: theories of sexual identity; sociological understandings of HIV/AIDS; and feminist accounts of sexuality. She has previously undertaken a number of funded projects examining social and economic aspects of heterosexual transmission of HIV and has held Visiting Professorships/ Fellowships at a number of academic and research centres in the field of sexuality and gender divisions, including the Centre for Education and Research in Sexuality at San Francisco State University, the National Centre for AIDS Social Research, Sydney and Harvard University. Much of my work addresses the newly emergent body of theory on heterosexuality, especially in post modern, feminist and queer theory. My interests in this area include the relationship between concepts of citizenship and sexuality, identity and social change and the (hetero) sexualisation of the public/private divide. A series of articles are in press or in preparation reflecting these interests, in particular the relationship between concepts of citizenship and the institutionalisation of heterosexuality. In addition, I have a current interest in developing conceptual frameworks in the study of sexual violence; in particular the processes, by which violence to the person is defined, interpreted and legitimated. 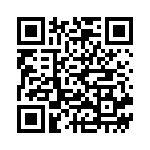