I was all ready to give this book 3 stars, until the actual story ended and the author decided to lecture us for the next 150 pages. It left me "cold". Lĉs hele anmeldelsen

On paper, 'Antarctica' looked like the sort of book I could really enjoy. A near-future political thriller and climate change treatise set on a continent I've long been fascinated by, written by an ... Lĉs hele anmeldelsen

Writer Kim Stanley Robinson was born in Orange County, California in 1952. He earned a B. A. and Ph. D. at the University of California at San Diego and an M. A. at Boston University. His first trilogy of books, concerning a post-nuclear holocaust: Orange County, collectively won a Nebula Award and two Hugos, but he may be better known for his Mars trilogy, which chronicles the colonization of Mars and spans hundreds of years. He has won an Asimov Award, a World Fantasy Award, a Locus Reader's Poll Award, and a John W. Campbell Award. 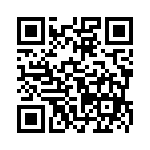