Martin Gilens is professor of politics at Princeton University. He is the author of Why Americans Hate Welfare: Race, Media, and the Politics of Antipoverty Policy. 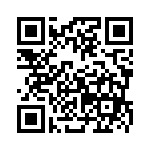