Side 40
True , tain John Armstrong , D.S.O. , the Pargir , where he had last been Political officer of the district . It stationed on similar work , was bad was only quite recently that Fort enough ; but there , at all events , Chardagh had ...
Side 44
A smart understand that if I have not young officer in the Préobajensky returned by Thursday morning , Guards , he had fallen into disgrace or if you have not received a at St Petersburg , inasmuch as , message in writing from me by not ...
Side 237
... the put the nation in no small difficulty midshipman's mess of line - of - battle to find officers when war broke ... went to sea he found naval habits . one Jack Larmour acting as first There was , indeed , an officer lieutenant . 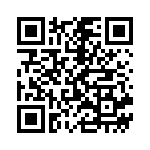