Rear Admiral Joseph H. Miller (MC) USNR retired from the United States Navy Reserve in 1986 after 30 years. At retirement RADM Miller completed three years as the first reservist to serve as a Deputy Surgeon General for Reserve Affairs (OP093R), Pentagon. While on active duty he served as Chief of Neurosurgery, National Naval Medical Center, Bethesda, Maryland. As a consultant to the Surgeon General RADM Miller chaired a committee of five prominent civilian leaders of neurosurgery to develop a Navy neurosurgical residency. He served in the Joint Chiefs of Staff (J4) and a Flag officer billet was established in J4.

RADM Miller was Founder and Director of the Memphis Neurosciences Center at Methodist Hospital and the University of Tennessee. He is on the Voluntary Faculty of USF Medical School.

RADM Miller has been a Southern Baptist Deacon for 53 years, and taught Sunday School for thirty years. He is currently a member of First Baptist Church, Brandon, Florida. He is a 4,500-hour pilot and recently passed the course to be a Coast Guard Captain. He is married to Cathy Miller and they live in Apollo Beach, Florida. 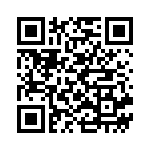