Adam Kendon is well known for his work on gesture and the organization of communication conduct in face-to-face interaction. He is the author of Sign Languages of Aboriginal Australia (1988), Conducting Interaction (1990), and numerous articles on gesture. His research has been supported by the National Science Foundation, Wenner-Gren Foundation for Anthropological Research, and the Istituto Italiano per gli Studi Filosofici. He has been a fellow of the John Simon Guggenheim Memorial Foundation. 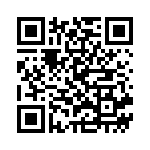