Boisy G. Pitre has been an avid and passionate advocate for CoCo for nearly 30 years. In 1992, he joined Microware Systems Corporation, the makers of OS-9, as a software engineer and has worked in the industry ever since. Today, he remains a part of the CoCo community, leading various open source initiatives and working with his partner Mark Marlette at Cloud-9 to provide hardware and software for the CoCo hobbyist. He received an MS and BS in computer science with a minor in mathematics from the University of Louisiana at Lafayette.

Bill Loguidice is a critically acclaimed technology author and documentary producer as well as co-founder and managing director for the online publication, Armchair Arcade. A noted videogame and computer historian and expert, he personally owns and maintains well over 400 different systems from the 1970s to the present day, including a large volume of associated materials. 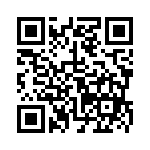