Michael Cox was born on August 30 1948 in Northamptonshire, England. In 1989 he started work at the Oxford University Press. In 1983, Cox published his first book, a biography M. R. James, a Victorian ghost story writer. Between 1983 and 1997 he compiled and edited several anthologies of Victorian short stories for Oxford University Press. His first novel, The Meaning of Night, was published in 2006. Michael Cox died of cancer on March 31, 2009. 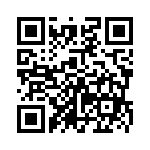