James Graham-Campbell is an emeritus professor of medieval archaeology at University College London and a fellow of the British Academy. His many publications include The Viking World and, as coauthor, The Vikings and Vikings in Scotland: An Archaeological Survey. 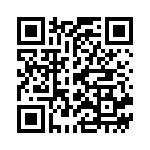