'Afflicted Powers' by the RETORT collective of Berkeley, California, asks whether Guy Debord's thesis - expounded in 'The Society of the Spectacle' in 1967 - is still capable of explaining our present ... Lćs hele anmeldelsen

Side 12 - But, on the other hand, these new freedmen became sellers of themselves only after they had been robbed of all their own means of production, and of all the guarantees of existence afforded by the old feudal arrangements. And the history of this, their expropriation, is written in the annals of mankind in letters of blood and fire.
Findes i 77 břger fra 1907-2007
Side 8 - I say unto you: one must still have chaos in oneself to be able to give birth to a dancing star.
Findes i 90 břger fra 1959-2008 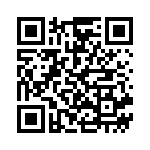