The work of a Luciferian. Pike believes Lucifer to be the creator and it's very clear in this book. Lćs hele anmeldelsen 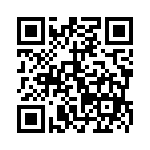