Side 26
bottom step . He waited until the boy had put his foot on that step too , and then they mounted slowly , side by side , both listening to the ... Then , in a single moment , the youths turned and jostled each other down the steps .
Side 12
There was a grace in the way she carried herself and in the way she paused before she went through the entrance , such that the doorman watched her through the glass paneled vestibule door as she disappeared up the steps .
Side 15
Step two three four , left leg gracefully up , then down again delicately in front of the right foot , two three four ... Once more , just once more , try it again , ready now , step two three four , no , I won't , I won't , why do you ... 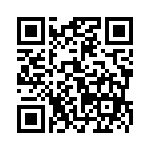