This was a book that someone left in the hallway of an apartment bldg I lived in, when I first moved to Philadelphia. It is so addicting and very fascinating. A quick read and makes a good case for the writers claim that his father was the killer. Lĉs hele anmeldelsen

This is so much more than a solution to a sixty-year-old mystery. Yes, the crime has, in my estimation, been solved. Even James Ellroy, whose mother may have been one of the perpetrator's victims ... Lĉs hele anmeldelsen

Steve Hodel spent nearly twenty-five years with the LAPD, where, as a homicide detective, he worked on more than three hundred murder cases and achieved one of the highest "solve rates" in the force. He lives in Los Angeles. 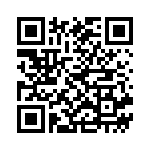