Side 78
silence , he spoke abruptly and like Whereupon , without waiting for his ordinary self , as if he had a reply , he shook hands , and taken a resolution and was deter- walked out of the room , leaving mined to act upon it . his nephew to ...
Side 276
The estimates must taken with either of the three be taken up at the point where main heads under which they have Mr Gladstone , by his cunning , but divided their duties namely , mili- perhaps not very clever , stampede tary occupation ...
Side 663
... duties to terminate and so in this case , as in every when they had taken the horses other defeat of the Radical intento Tattersall's for sale . In Mr tion , some scapegoat had to be Damper's case , though he was un- found . 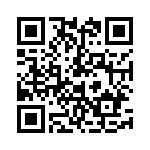