Dr. Francis J. McGrath B.A. (University of Queensland); M.Ed. (Boston College); D.Phil. (Oxon); holder of the Centenary Medal of Australia is an Australian Marist Brother (FMS). Gerard Tracey (1954-2003), former Librarian and Archivist at the Birmingham Oratory, took over the care of the Newman papers following the death of Fr. Dessain in 1976. In addition to editing volumes 6, 7, and 8 of the Letters and Diaries he was a member of the Historical Commission for Newman's Cause for Beatification. He had started work on volume 9 before his unexpected death on 20 January 2003. 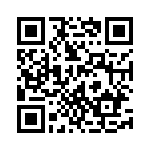