Side 6
... and her falconers behind, She sailed along the meadows, like a ship before the wind ; While near her rode a stately page, with princely eye and mien, Whose soul seemed vassal to the eyes of his love-anointed queen.
Side 126
Behold, then, that fine extent of beach, smoother than the smoothest pavement, dotted all over with tiny shells, yellow, pink, white, bordered with fragrant sea-weed, and of the soft brown colour, that relieves the eye in the brightest ...
Side 287
Even from the farthest star of night , that Played in her eyes ; with Arabesque - like shapes shines Toiling at sooty furnaces , whose fires On the remotest verge of polar skies , Leapt to the dome , now shaped like human They shall ... 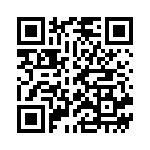