Vice-Admiral William Bligh FRS (9 September 1754 - 7 December 1817) was an officer of the British Royal Navy and a colonial administrator. The Mutiny on the Bounty occurred during his command of HMS Bounty in 1789; After being set adrift in Bounty's launch by the mutineers, Bligh and his loyal men reached Timor, a journey of 3,618 nautical miles (6,701 km; 4,164 mi). Fifteen years after the Bounty mutiny, on 13 August 1806, he was appointed Governor of New South Wales in Australia, with orders to clean up the corrupt rum trade of the New South Wales Corps. His actions directed against the trade resulted in the so-called Rum Rebellion, during which Bligh was placed under arrest on 26 January 1808 by the New South Wales Corps and deposed from his command, an act which the British Foreign Office later declared to be illegal. He died in Lambeth, London on 7 December 1817. 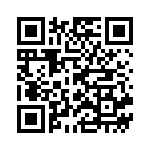