Side 32
The roads , lined with cypresses ( each preserving its shape primacy , weight as color and form , and shade too , for the shadow in Ávila is as much a part of the tree as its leaves , its trunk ) , cross in long , extended and ...
Side 33
Yet one makes this journey through the painting and senses through it the cleft , the diagonal rush of space between the images , senses the creaking turn , the awful unbalance and tenuousness of the vision , its ephemereal reality ...
Side 36
A head which strives , contemplates its visions , conveys that sense of search , of the goal in sleep , its state of arrival ; his shield is but an etched surface of redness , curved and heavy only through the effect of its line . 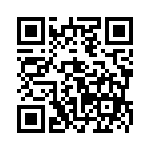