Interesting. Though this is an incredibly useful handbook for the poet with intermediate level training in metrics, I have a few bones to pick with Mr. Turco. First--I have no problem with an author ... Lćs hele anmeldelsen

LEWIS TURCO is Emeritus Professor of English and founding director of the Program in Writing Arts at State University of New York at Oswego, and also of the Cleveland State University Poetry Center. A prolific, award-winning author, he has published 21 collections of his own poems, including The Shifting Web: New and Selected Poems (1989) and a book of literary criticism, Visions and Revisions of American Poetry (1986). His poetry, fiction, drama, and essays have appeared in most of the literary magazines and in over 100 anthologies and books, most recently in World Poetry, edited by Katharine Washburn and John S. Major (1998). His most other books include The Book of Literary Terms (1999). 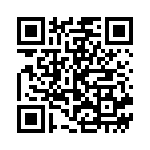