Side 147
Were the men who marched from the Delaware ; For fight they could , and fight like the dickens ,So the Army called ... With mad King George's troops and ships : Macdonough sailed on Lake ChamplainA fighting cock of the Old Blue strain .
Side 259
Welcome , brave comrades , to our sports to - night , You whom we met , in many a desperate fight , Your birth , your valor , and your flag the same , You're our Brigade in everything but name . Welcome , you Irish Ninth , come from ...
Side 378
In his first professional fight , his opponent , George Thompson , deliberately lost on a foul in the eleventh round , apparently because he feared being killed by Morrissey's armed backers . In his next fight , in 1853 , the Irishman ... 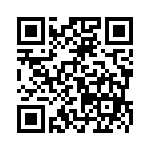