Original documents from the Bounty trial & debacle. I had read many of these before, but they are good to have all in one volume, most especially because they are placed in chronological order so it ... Lćs hele anmeldelsen

A great collection of original documents about the Mutiny on the Bounty. Together they tell as good a sea yarn as any novel, complete with a Rashomon-like quality as two parties to the mutiny see ... Lćs hele anmeldelsen

William Bligh (1754-1817) was an English admiral and master of the H. M. S. Bounty. Edward Christian (1758-1823) was the elder brother of Fletcher Christian, the leader of the mutiny. R. D. Madison is Professor of English at the United States Naval Academy in Annapolis. He has edited several volumes of military and naval history, including the Penguin Classics edition of Thomas Wentworth Higginson's 'Army Life in a Black Regiment and Other Writings'. 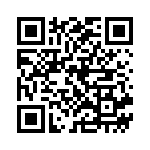