This collection of Thomas Paine writings is too complete. Some of the included texts, such as Common Sense, are good reads in that they are still relevant to the modern reader. They can tell us where ... Lćs hele anmeldelsen

Joyce Appleby, Professor Emerita at the University of California, Los Angeles, has followed the trajectory of American nation-building in her books Capitalism and a New Social Order: The Republican Vision of the 1790s, Inheriting the Revolution: The First Generation of Americans, Thomas Jefferson, and A Restless Past: History and the American Public. 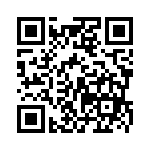