Side 311
... least a hundred thousand souls — is , with which , had he been a wiser however , an historical fact which , and less extravagant man , he might at the present time , is eminently have hoped to revolutionise Islam , instructive .
Side 589
But people who live much a population of , in round numbers , in the open air , and in the society at least 150,000 souls . This is of one another , acquire perforce partly owing to its all standing different tempers , where only the on ...
Side 693
The often possessed of greater or at least tender care of his parents , the more rapidly increasing wealth than honest pride in the distinction any of the others , were scarcely ever which his sons were carving out for to be seen in ... 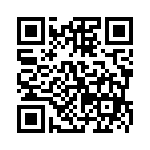