Robert Penn Warren (1905-1989) was an American poet, novelist, and literary critic, and one of the founders of New Criticism. 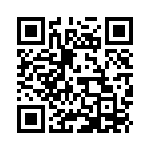