If you're anything of an idealist about the American system of government, this book might just break your heart. Not to say that our government is irretrievably flawed, but it's been significantly ... Lćs hele anmeldelsen

Over the last thirty years lobbying has become a $4 billion industry in Washington, DC. Focusing on the story of Gerald Cassidy, one of the most successful early players in the business, Kaiser looks ... Lćs hele anmeldelsen

ROBERT G. KAISER has been with The Washington Post since 1963. He has reported on the House and Senate; was a correspondent in Saigon and Moscow; served as national editor, then managing editor; and is now associate editor and senior correspondent. He has also written for Esquire, Foreign Affairs, and The New York Review of Books. His books include Russia: The People and the Power; So Damn Much Money; and, with Leonard Downie Jr., The News About the News. He has received an Overseas Press Club award and a National Press Club award, and was a Pulitzer Prize finalist. He has also been a commentator on NPR’s All Things Considered. He lives in Washington, D.C. 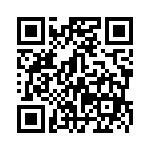