YOUR NAME IS HUGHES HANNIBAL S

This beautifully crafted book depicts the joys and sorrows of caring for a relative diagnosed with Alzheimer's. Using her own experience of caring for her husband as an example, Shanks provides ... Lćs hele anmeldelsen

Lela Knox Shanks (1927?2011) was an independent scholar and lecturer living in Lincoln, Nebraska. She and Hughes were married for fifty years and have four children. Hughes Hannibal Shanks worked for the federal government for thirty years and was the first African American hired by the Denver Social Security Administration office in theř1950s. This edition includes an epilogue by Lela. Steven H. Zarit is a professor of human development at Pennsylvania State University. He is also the coauthor of The Hidden Victims of Alzheimer?s Disease: Families under Stress. 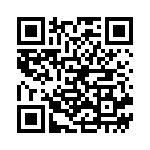