Side 106
The Farm He sat on the porch of the farmhouse , sweating motionless in the hot sun and thought about Phyllis , that she would be home tomorrow , thought about the deliverance she would bring from the decay which the summer on the farm ...
Side 195
As a profession , sandal making , he thought , had two distinctive advantages ; one can think while working , and one deals with nature and not man , the most organized , educationalized and dehumanized animal in the world .
Side
Someone , someday , symphony , sounds , he thought , turning swiftly and climbing the few steps that led to the hall of a large building . Strange old house , he thought . Wonder , could I persuade studio to do a remake of The House of ... 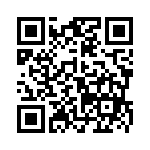