Side 113
... Army might be carried out , the Public Health Bill , Mines Regulation Bill , Corrupt Practices at Elections Bill , were all still waiting , and the possibility of their all being this year passed into Acts had already disappeared .
Side 366
Mme . de Noailles cast her eyes around her ; she passed , and did not see me . I followed the carts over the bridge , and thus kept near the ladies , though separated from them by the crowd . Mme . de Noailles , still looking for me ...
Side 514
Three years went by , passed chiefly in England , partly in travel ; and at the age of thirty Graham Vane was still one of those of whom admirers say , " He will be a great man some day ; " and detractors re- ply , " Some day seems a ... 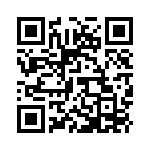