Having avoided the TV series, I finally got round to reading the book in order to see what all the fuss is about. Martin's endless list of characters and depth of the world he has created is both a ... Læs hele anmeldelsen

Yeah, I finally read it. I also figure if you don't know what this book is about then you've been living in a cave somewhere for the past year; so, absolutely no descriptions from me. I will say that ... Læs hele anmeldelsen

George R.R. Martin sold his first story in 1971 and has been writing professionally ever since. He has written fantasy, horror, and science fiction, and for his sins spent ten years in Hollywood as a writer/producer, working on Twilight Zone, Beauty and the Beast, and various feature films and television pilots that were never made. In the mid 90s he returned to prose, his first love, and began work on his epic fantasy series A Song of Ice and Fire. He has been in the Seven Kingdoms ever since. Whenever he's allowed to leave, he returns to Santa Fe, New Mexico, where he lives with the lovely Parris, a big white dog called Mischa, and two cats named Augustus and Caligula who think they run the place.


From the Hardcover edition. 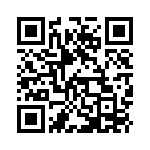