Side 302
... homely drest , He strides into the hall , a horrid guest ! MR . DRYDEN . Since you have mentioned the dress of your standard - bearer , says Cynthio , I cannot forbear remarking that of Claudius , which was the usual Roman habit .
Side 344
But hitherto you have only mentioned such coins as were made on the emperor , I have seen several of our own time that have been made as a compliment to private persons . There are pieces of money , says Philander , that , during the ...
Side 473
I cannot leave the basso relievos , without mentioning one of them , where the thought is extremely noble . It is called Homer's apotheosis , and consists of a group of figures cut in the same block of marble , and rising one above ... 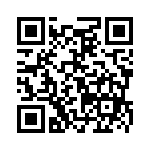