Side 52
This charity gimmick , prevalent also in other participatory sports , suggests a notion that some exchangeable good is produced ... Jane Fonda's books , for example , suggest that exercise prepares a healthy activism in other spheres .
Side 63
Futurist noise , as we will suggest , stands , rather , in a metonymic relation to this history , constituitive as a ... 29 That photograph , reminiscent of images from Méličs's A Trip to the Moon , suggests two wireless operators ...
Side 127
Holland thus suggests that women adopt a different doctrine than that affirmed by existing professional standards ( openness rather than balance , expression rather than neutralization ) , a doctrine that rejects either mirroring men or ... 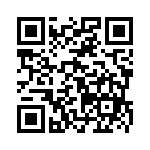