Quirky, somewhat melancholy little story that is nevertheless an interesting read. Not much of a story, the meat of the book is how a hangman does a good job of executing the condemned, and how he ... Lćs hele anmeldelsen

Loren D. Estleman was born in Ann Arbor, Michigan, and graduated from Eastern Michigan University with a BA degree in English Literature and Journalism in 1974. In 2002, the university awarded him an honorary doctorate in Humane Letters for his contribution to American literature.

He is the author of more than fifty novels in the categories of mystery, historical western, and mainstream, and has received four Western Writers of American Golden Spur Awards, three Western Heritage Awards, and three Shamus Awards. He has been nominated for the Edgar Allan Poe Award, Britain's Silver Dagger, the National Book Award, and the Pulitzer Prize. In 2003, the mammoth Encyclopedia of Detective Fiction named him the most critically acclaimed writer of U.S. detective fiction. Estleman lives in Michigan with his wife, author Deborah Morgan. 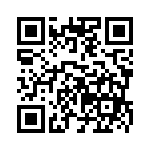