Side 83
Taking into consideration also the movement of the devotio moderna and the
appearance of works focusing on Christ , Mary Magdalene was also an essential
figure in Catalan literature , in contrast to Castilian where mentions of her are ...
Side 97
In her work , Villena uses Magdalene not only to preach in favor of the church
and its goals , but also to create literature . It is the literature of the preachers ,
since it is based on allegories , verbosity and comparisons . 36 In Villena ' s work
...
Side 375
She specializes in Renaissance , Baroque and twentieth - century literature and
has produced articles on El Pinciano , Fernando de Herrera , San Juan de la
Cruz , Sor Juana Inés de la Cruz , José Echegaray , José Ortega y Gasset ,
Federico ... 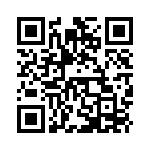