Side 57 - I will follow that system of regimen which, according to my ability and judgment, I consider for the benefit of my patients, and abstain from whatever is deleterious and mischievous. I will give no deadly medicine to anyone if asked, nor suggest any such counsel, and in like manner I will not give to a woman a pessary to produce abortion.
Findes i 370 břger fra 1856-2008
Side 125 - What heaven has conferred is called The Nature ; an accordance with this nature is called The Path of duty ; the regulation of this path is called Instruction.
Findes i 114 břger fra 1867-2006
Mere
Side 52 - We must affirm anew the discipline of the Party, namely: (1) the individual is subordinate to the organization; (2) the minority is subordinate to the majority; (3) the lower level is subordinate to the higher level; and (4) the entire membership is subordinate to the Central Committee. Whoever violates these articles of discipline disrupts Party unity.
Findes i 54 břger fra 1958-2007
Side 32 - This is reflected in the popular definition that the unique function of the nurse is to assist the individual, sick or well, in the performance of those activities contributing to health or its recovery (or to a peaceful death) that he would perform unaided if he had the necessary strength, will or knowledge, and to do this in such a way as to help him gain independence as rapidly as possible.
Findes i 134 břger fra 1929-2008
Side 15 - As for women, in addition to being dominated by these three systems of authority, they are also dominated by the men (the authority of the husband). These four authorities — political, clan, religious and masculine — are the embodiment of the whole feudal-patriarchal system and ideology, and are the four thick ropes binding the Chinese people, particularly the peasants.
Findes i 61 břger fra 1951-2006
Side 51 - Our point of departure is to serve the people whole-heartedly and never for a moment divorce ourselves from the masses, to proceed in all cases from the interests of the people and not from one's self-interest or from the interests of a small group, and to identify our responsibility to the people with our responsibility to the leading organs of the Party.
Findes i 75 břger fra 1951-2008
Side 57 - I will not cut persons laboring under the stone, but will leave this to be done by men who are practitioners of this work. Into whatever houses I enter, I will go into them for the benefit of the sick, and will abstain from every voluntary act of mischief and corruption ; and further, from the seduction of females or males, of freemen and slaves.
Findes i 235 břger fra 1856-2007
Side 59 - ... Sincerity is that whereby self-completion is effected, and its way is that by which man must direct himself. 2. Sincerity is the end and -beginning of things ; without sincerity there would be nothing. On this account, the superior man regards the attainment of sincerity as the most excellent thing. 3. The possessor of sincerity does not merely accomplish the self-completion of himself. With this quality he completes other men and things also~ The completing himself shows his perfect virtue.
Findes i 38 břger fra 1861-2006
Side 25 - Comrade Bethune's spirit, his utter devotion to others without any thought of self, was shown in his boundless sense of responsibility in his work and his boundless warm-heartedness towards all comrades and the people. Every Communist must learn from him.
Findes i 80 břger fra 1932-2003
Side 16 - Not to help a sister-in-law who is drowning is to be a brute. It is prescribed by the rites that, in giving and receiving, man and woman do not touch each other, but in stretching out a helping hand to the drowning sister-in-law one uses one's discretion.
Findes i 21 břger fra 1874-2007
Mindre

Samantha Mei-che Pang is a nurse by professional training, and a researcher in the field of healthcare and nursing ethics by scholarly endeavor. She obtained her general nurse registration in Hong Kong in 1977 and a Certificate in Nursing Behavioral Science from The University of Hong Kong in 1985. She then received a Post-Registration Diploma in Nursing from The Hong Kong Polytechnic in 1986 and a Master's of Science in Nursing Education from The University of Edinburgh in 1990. Her nursing practice was primarily concerned with caring for children and older adults with chronic illnesses. She received a Bachelor's in Philosophy from Pontifical Urbanian University in 1983 and a Doctor of Philosophy in Philosophy from The University of Hong Kong in 1999. In 2002, she was named one of the first recipients of the Fulbright Hong Kong Scholar Program awards to study cross-cultural differences in making end-of-life decisions at Boston College. Pang started her career as a nurse academic in 1990, when she took up a teaching post at The Hong Kong Polytechnic University where she now serves as an Associate Professor in the School of Nursing. Over the past ten years, she has taught, lectured, and published in the areas of nursing ethics, caring practices, and ethics in end-of-life care. Her passion for China and Chinese nurses is well reflected in her continuous engagement in scholarly activities with nurses in different parts of China. The projects she has undertaken in collaboration with her counterparts on the Chinese mainland include the development of a code of ethical principles for Chinese nurses using the Delphi Technique, the cultural construction of caring in nurse learners, and a phenomenological study of the Chinese concept of nursing. With funding support from the University Research Grants Council of Hong Kong, she is now embarking on a journey in the field of ethical decision making in end-of-life care. She is also actively involved in nursing ethics endeavors internationally. As a member of the International Centre for Nursing Ethics at the University of Surrey, she has participated in the study of ethical considerations in international nursing research, and an international study on the value of nursing. 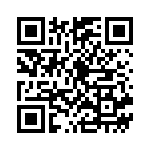