Side 13 - When he arose, he took the young child and his mother by night, and departed into Egypt; and was there until the death of Herod: that it might be fulfilled which was spoken of the Lord by the prophet, saying, Out of Egypt have I called my son.
Findes i 658 břger fra 1755-2008
Side 363 - I. John Brown, am now quite certain that the crimes of this guilty land will never be purged away but with blood. I had, as I now think vainly, flattered myself that without very much bloodshed it might be done.
Findes i 198 břger fra 1877-2008
Mere
Side 346 - I pity the poor in bondage that have none to help them; that is why I am here; not to gratify any personal animosity, revenge, or vindictive spirit. It is my sympathy with the oppressed and the wronged, that are as good as you, and as precious in the sight of God.
Findes i 155 břger fra 1859-2008
Side 46 - And there were in the same country shepherds abiding in the field, keeping watch over their flock by night. And, lo, the angel of the Lord came upon them, and the glory of the Lord shone round about them; and they were sore afraid.
Findes i 669 břger fra 1761-2008
Side 359 - I have, may it please the court, a few words to say. " In the first place, I deny everything but what I have all along admitted, — the design on my part to free the slaves. I intended certainly to have made a clean thing of that matter, as I did last winter, when I went into Missouri and there took slaves without the snapping of a gun on either side, moved them through the country and finally left them in Canada.
Findes i 166 břger fra 1851-2008
Side 361 - ... Let me say, also, a word in regard to the statements made by some of those connected with me. I hear it has been stated by some of them that I have induced them to join me. But the contrary is true. I do not say this to injure them, but as regretting their weakness. There is not one of them but joined me of his own accord, and the greater part at their own expense.
Findes i 140 břger fra 1851-2008
Side 224 - The men drop in there the first thing in the morning, and the last thing at night, to hear the gossip and buy a cigar and jolly the girl at the cigar counter.
Findes i 288 břger fra 1814-2008
Side 143 - And his fellow answered and said, This is nothing else save the sword of Gideon the son of Joash, a man of Israel : for into his hand hath God delivered Midian, and all the host.
Findes i 299 břger fra 1800-2008
Side 261 - Whereas slavery, throughout its entire existence in the United States, is none other than a most barbarous, unprovoked, and unjustifiable war of one portion of its citizens upon another portion...
Findes i 86 břger fra 1859-2007
Side 135 - To those who have qualms of conscience as to violating laws, State or National, the time has come when such impositions must be disregarded, as your rights and property are in danger ; and I advise you, one and all, to enter every election district in Kansas, in defiance of Reeder and his vile myrmidons, and vote at the point of the bowie-knife and revolver. Neither give nor take quarter, as our case demands it.
Findes i 71 břger fra 1803-2006
Mindre

Civil rights leader and author, William Edward Burghardt Du Bois was born in Great Barrington, Massachusetts on February 23, 1868. He earned a B.A. from both Harvard and Fisk universities, an M.A. and Ph.D. from Harvard, and studied at the University of Berlin. He taught briefly at Wilberforce University before he came professor of history and economics at Atlanta University in Ohio (1896-1910). There, he wrote The Souls of Black Folk (1903), in which he pointed out that it was up to whites and blacks jointly to solve the problems created by the denial of civil rights to blacks. In 1905, Du Bois became a major figure in the Niagara Movement, a crusading effort to end discrimination. The organization collapsed, but it prepared the way for the founding of the National Association for the Advancement of Colored People (NAACP), in which Du Bois played a major role. In 1910, he became editor of the NAACP magazine, a position he held for more than 20 years. Du Bois returned to Atlanta University in 1932 and tried to implement a plan to make the Negro Land Grant Colleges centers of black power. Atlanta approved of his idea, but later retracted its support. When Du Bois tried to return to NAACP, it rejected him too. Active in several Pan-African Congresses, Du Bois came to know Fwame Nkrumah, the first president of Ghana, and Jono Kenyatta the president of Kenya. In 1961, the same year Du Bois joined the Communist party, Nkrumah invited him to Ghana as a director of an Encyclopedia Africana project. He died there on August 27, 1963, after becoming a citizen of that country. 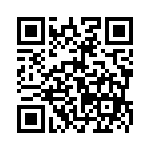