This was an audiobook and the reader was just shy of terrible. Every word he could butcher, he did. The worst was when he pronounced the same word multiple ways (eg. shaman: shah-mən, shah-man, shay ... Læs hele anmeldelsen

This book is an intersting blend of history and mythology--and really does prove that most of us don't know much about either! Each section of the book starts with a timeline of events for the part of ... Læs hele anmeldelsen

Kenneth C. Davis is the New York Times bestselling author of A Nation Rising; America's Hidden History; and Don't Know Much AboutŪ History, which spent thirty-five consecutive weeks on the New York Times bestseller list, sold more than 1.6 million copies, and gave rise to his phenomenal Don't Know Much AboutŪ series for adults and children. A resident of New York City and Dorset, Vermont, Davis frequently appears on national television and radio and has been a commentator on NPR's All Things Considered. He blogs regularly at www.dontknowmuch.com. 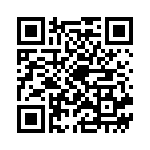