THE FISH'S EYE: Essays About Angling and the Outdoors

Much-praised nonfiction author Frazier (On the Rez, 2000, etc.) gathers together 20 years of musings on fishing in one slim but entertaining volume.In "An Angler at Heart," fishing-tackle expert Jim ... Lćs hele anmeldelsen

The fish's eye: essays about angling and the outdoors

So what did Frazier do for a break while researching and writing major works like Great Plains and On the Rez? Obviously, he was off fishing. Lćs hele anmeldelsen

Ian Frazier is the author of Travels in Siberia, Great Plains, On the Rez, Lamentations of the Father and Coyote V. Acme, among other works, all published by Farrar, Straus and Giroux. He graduated from Harvard University. A frequent contributor to The New Yorker, he lives in Montclair, New Jersey. 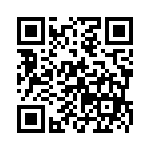