Side 220 - And I tell you, you are Peter, and on this rock I will build my church, and the powers of death shall not prevail against it. I will give you the keys of the kingdom of heaven, and whatever you bind on earth shall be bound in heaven, and whatever you loose on earth shall be loosed in heaven.
Findes i 329 břger fra 1835-2008
Side 134 - There is no longer a simple origin. For what is reflected is split in itself and not only as an addition to itself of its image. The reflection, the image, the double, splits what it doubles. The origin of the speculation becomes a difference.
Findes i 49 břger fra 1954-2008
Mere
Side 137 - His state was divine, yet he did not cling to his equality with God but emptied himself to assume the condition of a slave and became as men are; and being as all men are, he was humbler yet, even to accepting death, death on a cross.
Findes i 80 břger fra 1946-2007
Side 45 - language" is the inflation of the sign itself, absolute inflation, inflation itself. Yet, by one of its aspects or shadows, it is itself still a sign: this crisis is also a symptom. It indicates, as if in spite of itself, that a historico-metaphysical epoch must finally determine as language the totality of its problematic horizon. It must do so not only because all that desire had wished to wrest from the play of language finds itself recaptured within that play but also because, for the same reason,...
Findes i 26 břger fra 1976-2008
Side 49 - Within the closure, by an oblique and always perilous movement, constantly risking falling back within what is being deconstructed, it is necessary to surround the critical concepts with a careful and thorough discourse— to mark the conditions, the medium, and the limits of their effectiveness...
Findes i 21 břger fra 1970-2007
Side 3 - All the metaphysical determinations of truth, and even the one beyond metaphysical ontotheology that Heidegger reminds us of, are more or less immediately inseparable from the instance of the logos, or of a reason thought within the lineage of the logos, in whatever sense it is understood: in the pre-Socratic or...
Findes i 26 břger fra 1973-2006
Side 233 - So the servants of the householder came and said unto him, Sir, didst not thou sow good seed in thy field ? from whence then hath it tares ? He said unto them, An enemy hath done this.
Findes i 795 břger fra 1625-2008
Side 184 - The cease of majesty Dies not alone ; but, like a gulf, doth draw What's near it, with it : it is a massy wheel, Fix'd on the summit of the highest mount, To whose huge spokes ten thousand lesser things Are mortised and adjoined ; which, when it falls, Each small annexment, petty consequence, Attends the boist'rous ruin. Never alone Did the king sigh, but with a general groan.
Findes i 236 břger fra 1803-2007
Side 66 - But if we see this circle as a vicious one and look out for ways of avoiding it, even if we just "sense" it as an inevitable imperfection, then the act of understanding has been misunderstood from the ground up.
Findes i 36 břger fra 1962-2006
Mindre

Robert Magliola is a professor of comparative literature and English at Purdue University. He earned his Ph.D. in Comparative Literature from Princeton University with a specialization in philosophical and literary hermeneutics. 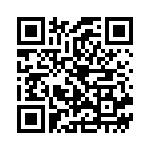