Side 161
The Manners in Comedy , or other poetry , denote the Temper , Genius , and
Humour which the Poet gives to his Persons , and whereby he distinguishes his
Characters . The Manners are said to be good when they are well expressed ,
that is ...
Side 241
With regard to the sentiments in this poem , they are consistent with the
characters , and , where propriety would admit of it , noble and sublime . But there
is not the same strain of sublimity as in the Iliad , because the characters being
most of ...
Side 334
With respect to characters , Milton has introduced , says Mr. Addison , “ All the
variety his fable was capable of receiving . The whole species of mankind was in
two persons at the time to which the subject of his poem is confined . We have ... 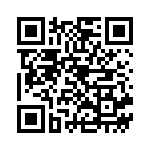